Posted by A Security Insurance Agency on March 23, 2015

The administration says the president’s signature law is responsible for the largest reduction in uninsured people in decades. The Affordable Care Act has provided health insurance to 16.4 million formerly uninsured people, officials say. The Obama administration’s latest figures for health insurance enrollment show 16.4 million formerly uninsured people have gained coverage under the Affordable Care Act since key provisions of the law took effect, and come just as the government has reopened the doors for more Americans to sign up. 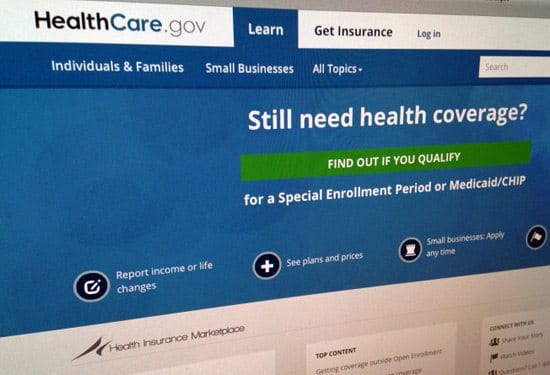 Since the second open enrollment period for Obamacare began in November 2014, the Department of Health and Human Services has been releasing enrollment updates, though the latest report provides more insight about those enrolled, including breakdowns by age and race and the effect Medicaid expansion has had on those previously uninsured.

Health and Human Services Secretary Sylvia Burwell said in a statement that the latest figures show the “largest reduction in the uninsured in four decades.” Before the major coverage provisions of the Affordable Care Act were implemented, roughly 47 million Americans did not have health insurance coverage. The latest tallies for Obamacare date back to new enrollees from 2010, when a provision of the Affordable Care Act went into effect that allowed young adults to remain on a parent’s health insurance plan until age 26. The uninsured rate among young people 19 to 25 years old from 2010 through the start of Obamacare’s first open enrollment period in October 2013 dropped from 34.1 percent to 26.7 percent, meaning 2.3 million people gained coverage. Since that first open enrollment period, another 3.4 million young people gained coverage, as well as 10.7 million adults who signed up through health insurance exchanges or through Medicaid, the government’s health insurance program for low-income Americans.

“When it comes to the key metrics of affordability, access and quality, the evidence shows that the Affordable Care Act is working, and families, businesses and taxpayers are better off as a result,” Burwell said.

The new figures coincide with a special enrollment period during tax season that will give Americans another chance to enroll for insurance without paying a penalty next year. The additional time allotted for sign-ups could make more people aware of the law, and increase the insurance rolls. For the 2015 enrollment period, nearly 12 million Americans have gotten coverage through state and federal exchanges.

Contact us today and make sure that you talk with Marcia Da Silva about your free quote! Protect you and your family and have peace of mind when come to health!